The uncertainty of fuel prices, environmental concerns, and a shifting regulatory landscape are among many factors in recent years that have moved car manufacturers to consider a shift towards production of hybrid electric or green energy vehicles.

The biggest reason for this shift may be the easiest to understand — an increasing number of consumers simply like the idea of driving green. However, not only do consumers demand the standard features that they’re used to having in traditional cars, they also want a greener vehicle to look good while they’re driving it.

While there has been plenty of progress in bringing electric cars to market, the effort hasn’t been without its obstacles. Namely, ongoing production challenges of car manufacturers has meant that owning the electric car of their dreams still remains out of reach for many drivers.

Simply put, electric cars could be more affordable if the production process was more efficient. The dilemma for many automakers, however, has been that building a modern, state-of-the-art, integrated platform is expensive and complex. The effort is even more daunting if you have a large operation with big legacy system dependencies going at full speed. However, thanks to technology and the vision of an upstart Swedish electric car manufacturer, things are soon likely to change.

NEVS is based in the city of Trollhattan, Sweden and employs 900 people in Sweden and ramping up their team fast in China. The company acquired the assets of Saab Automobile AB in 2012 with a vision of shaping a more sustainable future by focusing solely on electric vehicles that have mobility solutions built around them.

NEVS is the trademark of the company’s products including the first electric vehicle based on the “9-3 platform” with production in China slated for later this year. As part of a global expansion, the company is building an end-to-end, automated manufacturing chain for the production of next-generational electrical vehicles in Trollhattan, Sweden and Tianjin, China. 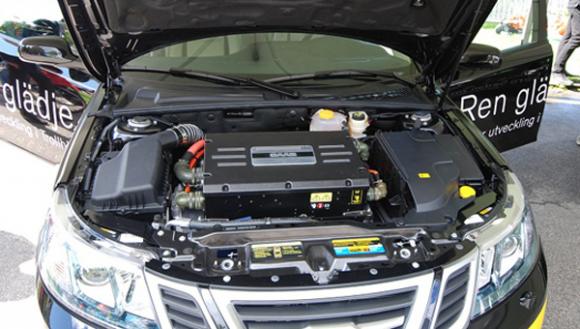 Their vision is to provide a global portfolio of connected mobility solutions and fully electric premium cars. Realizing that having the right technology was critical to reaching this ambitious goal, NEVS chose SAP S/4HANA and SAP for Automotive solutions. The solution was designed, built, and operated in partnership with Hewlett Packard Enterprise (HPE) Applications Services and infrastructure services teams. HPE have employed it’s IP in form of process templates for SAP Automotive Solutions specifically developed for car manufacturers, based on best practices derived from many years of working with OEM’s building vehicle plants and back office platforms.

The SAP based platform at the heart of NEVS integrated manufacturing platform connects every process, person, and entity involved from incoming order to delivery of a finished car. The company believes that SAP S/4HANA, with its modern database technology and in-memory computing capabilities, is the integral component for managing high volume, high complexity, car manufacturing.

“Understanding all aspects of the cost of development from end-to-end is crucial, and SAP S/4HANA offers many advantages we can capitalize on. After all, being in tune with the marketplace – and adjusting your cost base accordingly – is invaluable.”

Transformation into a modern manufacturing business that has an IT platform that can support global expansion requires instant visibility and full legacy integration of every step — from initial order to final delivery.

Fortuitously, thanks to the implementation of a new robust and fully operational global vehicle manufacturing process chain, NEVS is well-positioned to allow many patient and environmentally conscious people around the world to at last drive home in the electric car of their dreams.

EVs Go Mainstream: Plug into the Sustainable Energy of E-Mobility

Feature Article — The push for electric vehicles (EVs) may have shifted into overdrive, but it is going to take a serious overhaul of the entire transportation ecosystem...

Feature Article — Ahead of next week’s Australian Open, SAP is thrilled to partner with Kamau Murray, the brand’s newest tennis ambassador. Murray has had an incredible journey...