How to Become a Major Player in China – and Stay One

To “innovate in China for China and the world” requires more than strong engineering power.

When politicians visit large international fairs, they carefully decide who they honor with their presence. So when Mr. Miao Wei, Minister of Industry and Information Technology, and Mr. Ying Yong, Mayor of Shanghai, stopped by the SAP booth at the China International Industry Fair (CIIF) a few weeks ago, it was another confirmation for the growing role that SAP Labs China plays in the country´s economic development.

Celebrating its 20th birthday this November, the third largest lab in the global SAP Labs Network has become a thought leader in many technology topics, from Industry 4.0 to cyber security.

“A few years ago, it was impossible for us to get a meeting with a mayor or a minister. SAP was not really on the radar of Chinese government officials,” says Ruicheng Li, the managing director of SAP Labs China. “Today, when there are discussions about manufacturing, digitalization, or security, we are seen as a major player in China”

China has become the world’s manufacturing powerhouse. In 1990, China produced less than three percent of the world’s manufacturing output when measured by value; by 2017, it produced more than 25 percent. To remain competitive, China has realized that it needs to take its manufacturing industry to the next level by reducing overcapacity and costs, increasing the quality of the products and improving productivity and sustainability. In addition, consumers are demanding individual, high-quality, but inexpensive products within shorter periods of time.

“CIIF is a great opportunity to demonstrate, how SAP can help China upgrade its manufacturing sector through digital solutions and how we co-innovate with leading robotics manufacturers, high-speed data infrastructure companies, and other software firms in China,” says Ruicheng.

At CIIF, the largest industry fair in China with more than 2,500 exhibitors, SAP showcased – among others – three solutions to the government officials and the public: SAP Digital Supply Chain, SAP Intelligent Product Design, and SAP Smart Manufacturing.

There wasn’t time to go into much detail at the booth with the minister and the mayor, but the SAP Labs China leaders brought the message across that SAP can be a natural partner to support and power two major Chinese initiatives with its digital solutions and latest technologies in the area of Industry 4.0:

These and several other strategic initiatives enacted recently show that China has put a very strong focus on digitalization and making its economy future-proof. At the same time, the country is aiming to boost its domestic IT industry and fostering a number of globally competitive internet and IT companies.

Joe Chang is a partner and co-lead of technology and investments for Eight Roads Ventures in Greater China and an expert in enterprise IT. He is convinced that “China will inevitably become the world’s IT market and IT companies cannot win globally without China.” Predominant reasons for him are a huge digital consumer base, a culture of fast new technology adoption, ubiquitous mobility, and a lack of legacy infrastructure as well as the Chinese government´s push for a consumer and more service-oriented economy. This will require new technology solutions to deliver, Chang says.

He adds that “it will be increasingly important to be aware of what’s happening in China to stay on top of technology trends.” Such as artificial intelligence. “Given China’s massive pools of data, the country will increasingly become a hub for A.I. development and investment,” he says. In July, China’s State Council issued guidelines on developing A.I. inside the country and set a goal of becoming a global innovation center for the technology by 2030.

Not to forget an ever-increasing pool of talent —  not only do millions of STEM (science, technology, engineering, mathematics) graduates enter the Chinese job market every year; according to Chang, the country’s IT companies have also been pushing hard to attract the best talent from Silicon Valley, mostly Chinese scientists who study and work in the US.

For Clas Neumann, head of SAP Labs Network, Chinese companies have already emerged as global tech leaders. Neumann has been involved in SAP’s business in China since 1995, when the company founded a subsidiary within the Tsinghua University campus in Beijing. At that time, he was responsible for creating SAP’s first China-specific version of the ERP solution SAP R/3. Neumann has also been instrumental in the development of SAP Labs China which was founded as the “SAP Developent Center China” a few years later.

Neumann recalls: “Our first 10 customers, after we entered China in 1995, were from a group of large joint ventures between foreign multinationals and Chinese conglomerates. Today, the vast majority of our customers are Chinese companies.”

IT giants such as Alibaba, Tencent (“WeChat”), Baidu, Lenovo, and Huawei belong to the growing group of partners and customers SAP is doing business with.

Strong ties to the corporate sector as well as to Chinese research institutes have enabled SAP Labs China to transform into a global development hub which innovates “in China for China and the world” and which fosters a vibrant ecosystem for driving co-innovation. 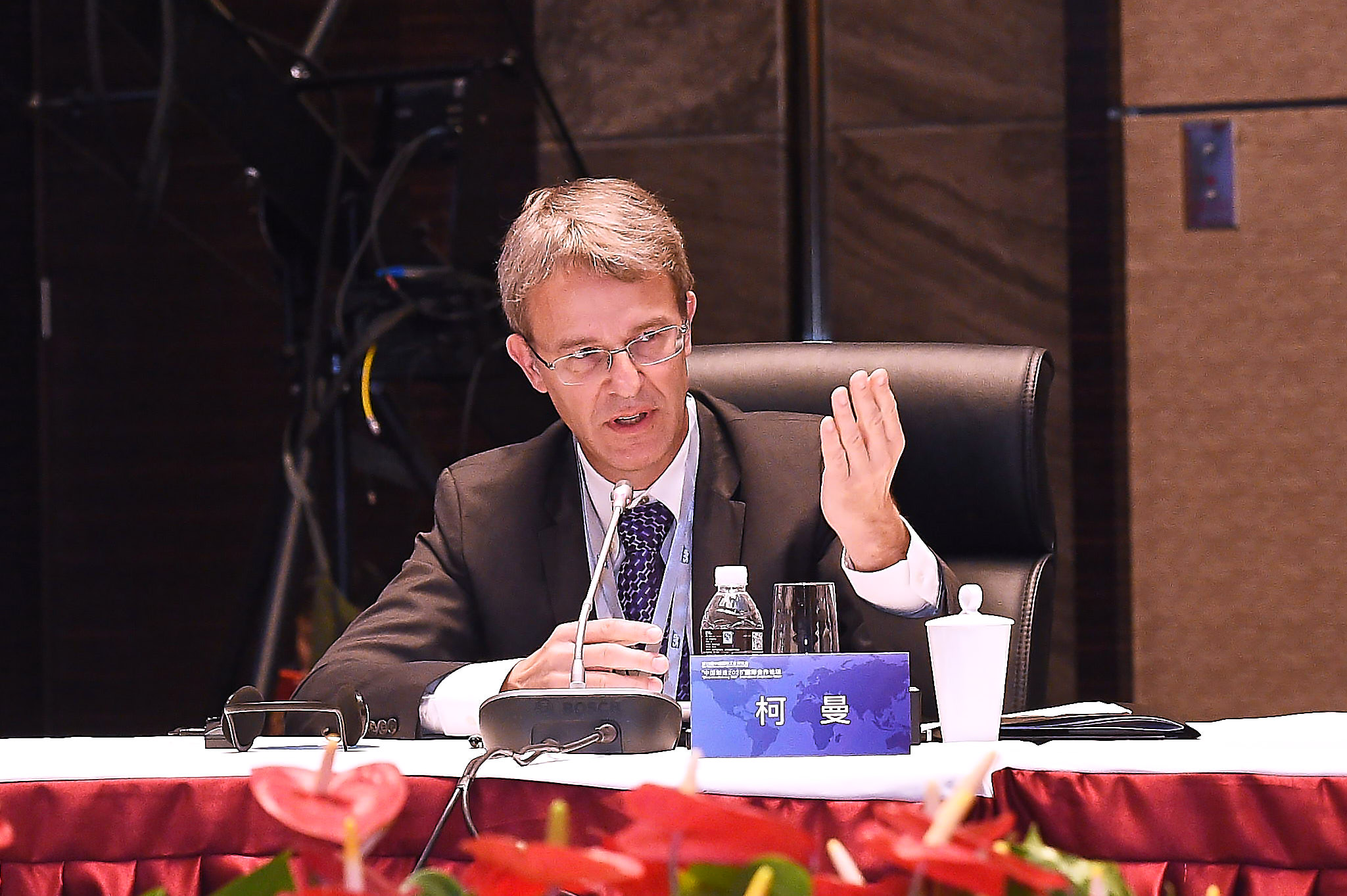 Many years of intensive relationship building have also led to a change of perception of SAP among policy makers. During CIIF, Neumann was invited to deliver a keynote at the “Made in China 2025 International Cooperation Forum.”

He used the opportunity to further strengthen the ties to the Chinese government officials: “SAP has a golden opportunity to be an important key player in the transformation of Chinese industry. We invested in the past and now we have what it takes: excellent visibility, the best products and great innovation capabilities in our labs.”

Feature Article — A real-life race against the clock with big money at stake: Topgolf’s tech team leaps into action to save a crucial launch. Learn how Topgolf...

Newsbyte — WALLDORF — For the second consecutive year, Gartner has ranked SAP No. 1 by revenue.

When Businesses Focus on Employee Mental Health and Well-Being, Everyone Wins

Feature Article — SAP is stepping up with a comprehensive global initiative to enhance employee mental health and well-being.