Kenta Keleher was amazed when a recruiting team from SAP in Japan came to his university to look for graduates. Because Kenta wasn’t studying in Tokyo or Osaka, but at the University of Washington in Seattle, in the United States. 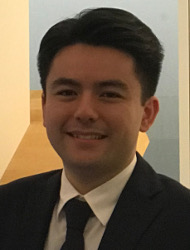 Just a few weeks later, in June of 2016, Kenta was a proud member of the SAP Academy for Sales. What attracted him to the program? “The people I met during the selection process, SAP’s global vision, and its enormous influence on the world economy.” Kenta has one parent from the U.S. and one from Japan; he is right at home in both cultures and speaks both languages. And he has been a part of SAP Japan’s sales team in Tokyo since February 2017, after completing his nine-month program at the SAP Academy

The fact that he was recruited from a U.S. university for SAP Japan is not just a result of SAP’s global alignment and its focus on diversity; it’s also due to the fact that businesses in Japan are finding it increasingly difficult to recruit the employees they need. In Japan, there are currently about 1.5 jobs for every applicant. That’s good for employees, but not so good for companies.

“With the population shrinking and society aging, businesses are realizing that they can no longer just focus on the Japanese market,” says Yuzuru Fukuda, president and managing director of SAP Japan. “The same goes for the job market.”

To compound the problem, businesses are having increasing difficulty in finding suitably qualified applicants to fill vacant positions. This is particularly true of the IT industry. Against this background, the SAP Academy is an excellent opportunity for SAP Japan to source young talents who have the necessary skills and abilities.

Kenta feels that the SAP Academy for Sales provided a sound preparation for the tasks he is now required to perform, working to get small and midsize enterprises enthusiastic about SAP in the general business segment.

“There’s a broad span of enterprises in this sector, from the very traditional all the way through to startups. The strategies we learned have proven very effective when it comes to taking a differentiated approach to these diverse types of company,” says Kenta. “But it’s also very much a question of really understanding how the customer thinks and about tailoring your sales pitch accordingly.”

For Kenta, it’s obvious that Japanese companies are increasingly trying to globalize and he is confident he can support them on this path. In addition, this is a good foundation for his own aspirations: “I wanted to start my career off in Japan and get a feel for and the experience of working in Japan. Because later I would like to work in both worlds and go back and forth between Japan and the US and have a global career.”

Airi Iwamoto also sees signs that the Japanese economy is gradually opening up. She completed the SAP Academy for Sales program last fall and is now supporting the SAP Hybris sales team. 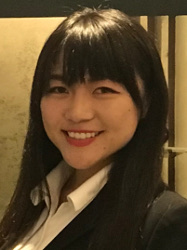 She joined SAP as an intern and was “very pleasantly surprised to learn that, even though I was only an intern, I was free to offer my opinion and that my advice was taken seriously.”

The academy taught Airi about just how innovative and global SAP is and about what salespeople have to do to build up successful and enduring relationships with their customers.

She now has the chance to apply this knowledge, she says, because more and more Japanese companies are venturing into the global arena. “The expertise and the global resources we have mean that we can stand out above other IT vendors,” says Airi.

SAP Japan employs some 50 young talents every year. “This generation is better connected, more technology-savvy, and more globally minded,” says Yuzuru Fukuda. “We need these young people with their diverse profiles and perspectives – so that we can change ourselves and then help Japan to change.”

Feature — Popularly known as MMS, multimedia messaging service was introduced way back in 2002 with Sony Ericsson T68i, widely believed to be the first MMS-capable cell...